Added functionality has been released in /admin-Checkpoint-Tagging: Remove subject from picture. To have a look click Jobs in the sidebar menu, click on a job name to open the setting site. Click Checkpoint on the right hand side task menu and then Tagging. Any group pictures with incomplete name tagging will be shown here, indicated by a red-colored tab. If a picture already has name tagging set, it will be shown below the picture. On the left hand side a list of subjects connected to the group but not added to the name tagging will be shown. You may drag and drop subjects from this list to the correct row, and you may also move subjects from the name tagging to the left hand side leftover list. If there are subjects in this list who should not be connected to the picture you will need to remove them.

There are usually two scenarios when doing this; either you would want to move the subject from its primary or sub group, or you would only want to remove the subject connection to the specific group picture; leaving the subject in the same group. The new functionality will give you the opportunity to do both.

If you just want to remove the subject from the picture but not from the group click Disconnect subject (screenshot example).

If you would just like to remove the subject from the picture (see screenshot example) but not from the sub group click Disconnect subject . 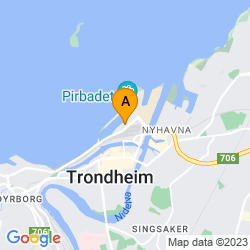